“Education is a progressive discovery of our own ignorance.” – Will Durant

You will start with the simplest radical of them all: 1-stroke radicals (duh). There’s going to be a couple of steps to each of these. First, you’ll have to learn how to learn the radicals. This will even train you to learn kanji more effectively (soon!). I’ll guide you in how to do this as you start learning the radicals. Some things may seem weird, some things may seem unnecessary, but I’ll do my best to explain why you’re doing these “weird” things. If you follow along, you should be fine.

Second, you’ll need to learn the radicals themselves. Once again, follow the steps and you should be okay.

With that, I think the best thing to do is to just get started. The more you experience radicals and kanji, the easier they’ll become to learn. Let’s do this thing. 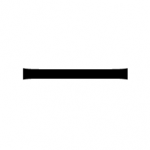 This radical consists of a single, horizontal stroke. We’re going to use our imagination a little here (to help you remember this radical). Pretend it’s an English #1, but it was shot and has fallen over on its side. You rush over to it but it’s too late. It’s rigid and laying flat on its back. Imagine the smell of gunpowder coming from the bullet wound. Forever will the image of #1, on its side, be burned into your memory. This is murder! Number ONE is on its side and laying on the GROUND. When you see this radical, you should think of the number “one” or the “ground” (it looks like the floor, too, right?).

Hey! It’s super important that you try your best to imagine using your senses during these examples. For example, the one above uses smell – imagine yourself smelling the gunpowder, because it will help you to recall the meaning of this radical later on (more hooks in the brain!) 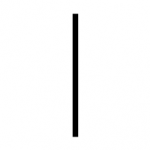 This is a single stick, standing upright. It even looks like a STICK! Don’t confuse this with the “one” radical. Remember, #1 was murdered, and is laying on the ground. This STICK was the bastard who shot #1 to take his place. Doesn’t this STICK make a good #1 impostor?

Imagine him standing there with his smoking gun, standing over #1, laughing. “Bwahahahaha! I will replace you now, and become the new #1 even though I’m just a STICK!” 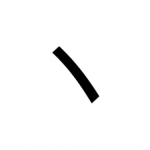 Sure, it’s a little rigid looking, but when you see this, think of it as a drop of liquid. It’s pretty small, and basically just a little dash when you write it. The drop of liquid can go either direction, but in this case it’s falling left to right (which is more common). You can remember this because it’s falling West to East. In the West of the US, you have Seattle, a city known for lots of rain. This is where the DROP OF LIQUID is flying from. 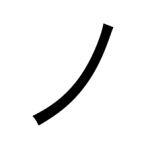 When I say “slide,” I mean the kind of slide you sit on and slide down. This radical is a big long curve, going down from right to left, because you want to SLIDE into the Pacific Ocean from Seattle, where you’re at (you know, where all those drops of liquid are). Whee! 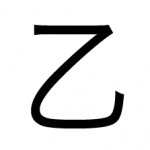 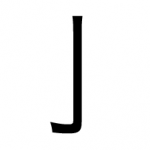 This radical is shaped like a BARB (like in BARB wire). Imagine one of these stuck in your arm, and think about how much it would hurt if you had to pull it out (really, try to imagine the pain, and really vividly imagine the shape of this radical being pulled out of your arm. Ouch!). You definitely wouldn’t want to get poked by a BARB like this. 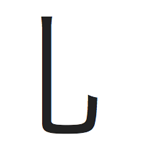 Before you continue and move on, you’ll want to download the Radicals deck for Anki. There’s going to be a separate deck for Radicals, just because they don’t quite fit as well with everything else, and you probably won’t have to practice them as much (chances are, you’ll just remember them, especially as you use them in the kanji). Still, it’s good if you practice them on Anki when you can, though I’d make them a lower priority than your other lists (just because it’s a lower priority, though, doesn’t mean you shouldn’t practice them!). Go ahead and download the 1-stroke radicals and save them to Anki (and go through them).

Congratulations! You’ve learned all the 1-stroke radicals! That wasn’t too bad – there weren’t many of them, and they’re all pretty convincing (unlike some radicals, but I’m sure you’ll get to those soon enough). Keep up the good work!

Back To Practice Page