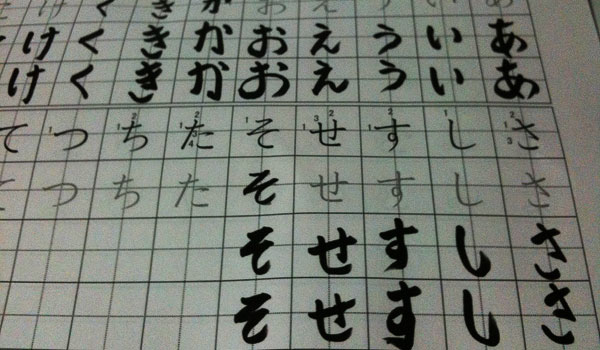 Hiragana is going to be your main phonetic “alphabet,” and it’s also going to be the first thing that you learn. By learning hiragana first, you’ll get a lot of benefit. Some people “learn” romaji first, but as you now know, that’s a big waste of your time. Not only that, but we’re going to learn hiragana real fine (say that in a thick Southern accent for better effect), and spend a little extra time with this curvaceous, lovable, “alphabet.” Why would I want to make you suffer more right now (don’t worry, it’s not actually that bad) so you can laugh in the face of Japanese later? Let us count the ways.

So, how is hiragana used in Japanese? There’s a few different ways, and you’ll experience all of them pretty soon, but it’s good to get an idea now so that you can expect these things later on, as you’re learning the hiragana itself. Hiragana is used in…

There’s plenty more to be done with hiragana, but before we do that, we should take a look at the remaining two “alphabets” really quick. We won’t dilly dally, either.