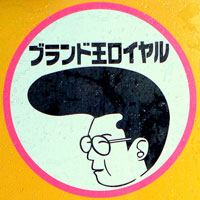 Katakana is a bit of fun. In general, katakana is more angular, sharp, and full of corners. It has the exact same sounds as hiragana, though the symbols are all different. Sounds great, right? Essentially, you’ll be learning the same exact “alphabet” twice (what fun!) but write each symbol differently. For example:

And there’s plenty more where that came from.

That might make you wonder why you even need to learn katakana (besides the fact that you need to know it to read / write in Japanese). So, how is katakana normally used and what makes it different from, say, hiragana?