“The danger of an adventure is worth a thousand days of ease and comfort.” – Paulo Coelho

Kanji are the “Chinese characters” that make up a very large part of the Japanese written language. To get by really comfortably in Japan, you’ll want to know around 2000 kanji (2500-3000 if you’re going into academics there). That’s like learning a very very long and complicated set of ABCs that consists of way more than 26 letters.

When it comes to studying and learning Japanese, kanji is what most Japanese scholars, such as yourself, often come to fear the most, and there are plenty of reasons why kanji can be terrifying. The main reason, I think, is the variety that goes on with each individual kanji. Each symbol probably has several pronunciations attached to it, making kanji a lot more complicated than just the symbols themselves. Here’s what happened:

Kanji was introduced to Japan via China multiple times over the course of a few hundred years. One Chinese dynasty would pronounce a particular symbol (kanji) one way, and another would pronounce it another way. Various Chinese dynasties kept on taking over China, thus exporting different kanji pronunciations to Japan over the years (depending on which Chinese dynasty had the most influence). Japan thought “hey, instead of replacing pronunciations, let’s just use all of them!” thus giving each kanji multiple ways to pronounce them. On top of that, the Japanese also applied their own (Japanese language) on top of kanji, which means there’s almost always a Japanese pronunciation for each kanji too (on top of multiple Chinese pronunciations). This makes kanji learning really tough and complicated for most people.

Basically, you’ll have a lot of work to do. Feel free to cry on my shoulder if you’d like, you big crybaby. 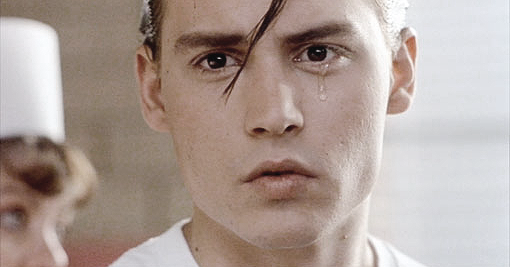 Kanji is made up of nouns, adjectives and verbs. Basically, anything you could consider “vocabulary” probably is written at least partially in kanji, which is why you need to learn so many of them.

Now, hopefully I haven’t scared you. Kanji learning is only terrifying when you learn them like a Japanese school kid (that’s right, Japanese people don’t know how to learn their own language). Not to toot our own Fugu-horn, but TextFugu’s kanji learning method is one of the best out there (and one of the only ones that actually makes sense). You’ll be learning kanji using TextFugu faster than you ever thought possible. If you’ve ever tried to learn kanji before, you’ll really notice the difference. If you haven’t… well, consider yourself lucky.

You’ll start to learn kanji soon enough, though, so let’s just forget about it for now. Right now I want you to focus on hiragana, which is what the next chapter is all about. あいうえOKAY!

Accomplishment! By finishing this page, you’ve read about and learned about the four Japanese alphabets. Now that you know what all four of them are, you can start learning them (then figure out how they work with each other to create the Japanese language).