“Don’t try to live. Let yourself be lived.” – Vernon Howard 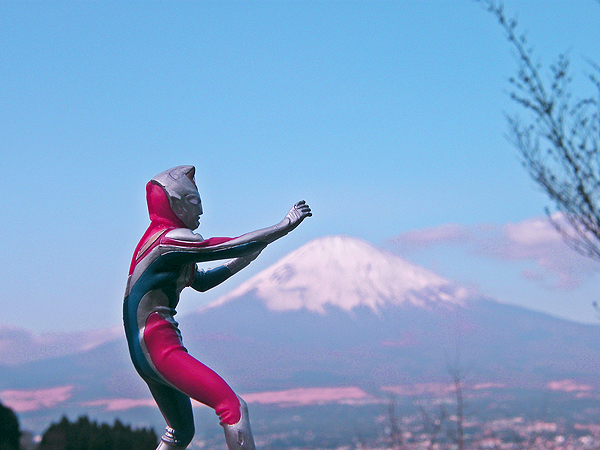 The くん reading is quite different from the おん reading. While the おん reading came from China along with kanji, くん reading are actually native Japanese words that have been associated and attached to kanji as it was being imported. Now, can you imagine if kanji suddenly became your native writing system (assuming you write in English) and then you tried to take the kanji and apply English pronunciation to them? You’d definitely have to do some funny stuff with it, that’s for sure.

In order to make kanji accessible to people who didn’t speak Chinese, hiragana got attached to kanji. Let’s take a look at an example:

This is the kanji for “eat” or “food.” If we were learning this kanji, we’d need to learn the on’yomi and the kun’yomi. If you remember from before, the on’yomi is the Chinese pronunciation of this kanji. The on’yomi is しょく. Now, this on’yomi isn’t (usually) used on its own to say the word for “eat” or “food.” You often have to combine kanji together to form jukugo (combo-kanji) in order to create a word using on’yomi pronunciations. For example, 夕食 (ゆうしょく) means dinner. You can see how the kanji are combined to create a word.

The kun’yomi, however, is different. This is the Japanese pronunciation of a word or concept. Basically, the Japanese said “okay, what’s our word for eat?” Then, they figured that out, and applied it to this kanji. The word for “to eat” in Japanese is たべます. But, that’s too long to stick in one kanji (plus, when the kanji is on its own like that, you already pronounce it しょく). So, by adding hiragana to a kanji, it shows how to read the kanji.

たべます, when written in Japanese, and kanji, looks like this:

When you learn the kun’yomi (Japanese reading), you learn the whole thing, hiragana, kanji, and all. Notice how I showed the pronunciation of the kanji too (using hiragana). The period in た.べます shows where the kanji ends and where the hiragana starts. Now, you won’t see this in Japanese. I’m just doing it to help you break things apart, and you’ll see this in the main kanji section too as you start learning the kanji.

One great way to think of kun’yomi, I think, is to just think of it as vocabulary, because that’s basically what it is. 食べます shouldn’t be thought of as “the kun’yomi for 食.” No, it’s a word that means “to eat.” When we learn kun’yomi, this is how you’re going to do it. Kun’yomi will be given to you as a vocabulary word to learn rather than a kun’yomi all on its own, totally useless. As you begin learning kanji, this will definitely become a lot clearer, too, so don’t fret if this isn’t making 100% sense yet.

くんよみ is the original native Japanese pronunciation of a word that has gotten itself a kanji. Because Japanese words didn’t fit with kanji perfectly, some duct taping had to happen. Often times, hiragana will be attached to a kanji to “complete” it and show the kun’yomi reading. Really, though, you can think of kun’yomi as a way to learn new vocabulary, along with the kanji, because that’s basically what it is.