A little bit about all the TextFugu content so you can get an idea of what’s what (and see if TextFugu is the right level Japanese resource for you). 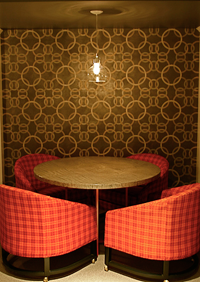 It’s pretty important to know what it is you’re getting. Being a happy customer is much more important to me than having you as a customer, so I’ve created this table of contents to help you learn more about the lessons on TextFugu (without having to buy anything first). When someone says “I’m a beginner of Japanese,” I have absolutely no idea what that means. The word “beginner” (or intermediate, or advanced) is a relative term, and everyone has a different opinion on what that means. Further, TextFugu does things in an order you won’t find anywhere else (I think it’s a much smarter order, but that’s another one of those “relative” things), which means these words mean a lot less over here. Use the links below to figure out where you want to go, or just read through it all. As always, you can also e-mail me directly at koichi@textfugu.com if you have anything else. Thanks!

Use the links above to navigate to the section you want to see.

Season 1 is where you get started. It may seem to run a little slow at first, but that’s because Season 1 is obsessed with creating an incredible Japanese learning foundation. We do a lot of little things to help you understand how the Japanese language works, come up with good habits, and most importantly, become comfortable with hiragana. Things are kept extra simple so you don’t get stuck, and by the end of it you’re ready to learn a lot more a lot quickly.

1. Teaching Yourself Japanese:
Before you can jump right into things, it’s important you set up and get prepared to avoid burn-out and other complications that self-learners hit.

2. The Japanese “Alphabets”:
Okay, so they aren’t really alphabets, but in this chapter we learn about the four different ways you can write in Japanese.

3. Japanese Pronunciation With Hiragana:
Hiragana (one of those “alphabets”) is a great way to learn about Japanese pronunciations and sounds. By learning hiragana in this way, you’re setting yourself up for pronunciation success.

4. Reading And Writing Hiragana:
Now that you know how to pronounce hiragana, here you learn how to write it and read it as well.

5. Studying Your Passion:
By integrating things you’re already interested in into your studies, you’ll stay excited and fresh for a long long time (and avoid that very high Japanese language quitter rate!)

6. Japanese Grammar With Yoda:
Our first step into the Japanese grammar jungle. Yoda talks weird, but did you know he talks like a Japanese person would?

7. How To Ask Questions In Japanese:
If you can’t ask a question, you won’t be able to get any answers.

8. Negative Tense Nouns:
You can’t be positive all the time. In this chapter you learn how to make nouns negative.

9. Past Tense Nouns:
It’s like going back to the future. In this chapter you learn about past tense nouns.

10. Combining The Past & The Negative:
Last but not least, you learn about past-negative nouns in this chapter.

12. Developing A Sense Of Identity:
Who are you and how should you talk to others? What’s polite and impolite? People and who they are make up a very important part of the Japanese language, and this is an introduction to that.

14. Being Possessive, “no no no”:
Another particle to add to your bat-cave. The particle の is a fun one that lets you be a little possessive.

15. A Look Back On Season 1:
It’s time to look back on what we’ve done and where we’ll be going. Season 1 was fun, but you can’t help but feel like it’s time to move on to something better… Season 2.

Season 2 is probably the most difficult set of chapters, only because this is where you really start learning a lot at a faster rate. This season focuses on verbs and adjectives (Season 1 is all nouns) to help round out your Japanese grammar abilities. Everything builds on previous chapters, and everything is kept nice and simple. When you’re finished with Season 2, you’re farther along than most college students after a year of study.

2. Learning Katakana: So you thought hiragana was hard… well… katakana isn’t quite as hard, but it’s no fun learning something twice. Let’s get this over with quickly now!

3. Particle Wars: “ha vs. ga“: You’ve learned the particle は by this point, so it’s time to learn about it’s second cousin, が. The painful part is telling the difference between the two, but in this lesson you’ll learn that it doesn’t have to be all that painful.

4. The Things That I Love: Expressing your love for something (or at least, your “like” for it).

5. The Things That I Hate: Kind of the opposite of the previous chapter.

6. Have You Reached “The Dip” Yet? We’ve all felt the dip, but if you know what it is, it’s easier to get past!

7. Let’s Do Something! (Verbs, Pt. 1): It’s about time we started doing something. Yep, this is where you begin to learn about verbs.

8. Let’s Do Something! (Verbs, Pt. 2): One chapter wasn’t enough, apparently. Another chapter on verbs.

9. na-Adjectives: Now that you know about verbs, it’s time to know about adjectives. Congrats, you’ve finished the circle!

10. i-Adjectives: Two types of adjectives?? Well, I guess that’s one of the pitfalls of learning Japanese… sometimes it just doesn’t make sense.

11. It Was New, No It Wasn’t! Conjugating i-adjectives can get a bit weird, so it gets its own lesson.

12. Colorful Adjectives: I swear, this is the last adjective related chapter in a while.

Season 3 is where you start biting into the meat of things (or the tofu, if you’re vegetarian). Season 3 is also where “conversation” practice starts… and I’m not talking about some boring conversation with an exchange student and a teacher. No way. These are actually entertaining, and you’ll want to learn more the more you read (not to mention the conversations can get more interesting the more grammar we learn). These stories involve dinosaurs, murder, intrigue, and most importantly, poke a good amount of fun towards some of those other textbooks. Here’s to hoping they have a good sense of humor.

1. Social Learning, Social Practice: You’re at the point where it’s time to take some of your knowledge out to the real world… and thanks to the internet, you can! This chapter sets you up with the ability to get your Japanese corrected by a native Japanese speaker, for free.

2. How To Be Casual, Part 1: You’ve been formal all this time, so now it’s time to learn a bit about speaking casually. Good if you want to have friends.

3. How To Be Casual, Part 2: There’s even more to this casual thing than you ever thought before (reading this).

4. I “Plan” To Practice Dictionary Form: Learn how to plan to do something as well as practice dictionary form verbs from the previous chapter.

5. Negative Dictionary Form Verbs: Even if it’s casual, it can still be negative.

6. Past Tense Negative Dictionary Form: It’s all in the title.

7. Past Tense Dictionary Form: It’s still all in the title.

8. Mary Makes A Horrible New Friend: The beginning of the TextFugu “conversation practice” story. Trust me, this isn’t your average story.

9. Here, There, And Over There: It’s like kore, sore, and are, except with places and locations.

10. To Have And To Exist: You can’t have people, so it’s important to learn how to distinguish between living and non-living.

11. Transitive, Intransitive, Confusing, Verbs: Something that most people learn much later, but you’re going to learn it now. Trust me, it will save you a lot of tears in the future.

12. Te-Form Verbs, Please: Another verb form? How many are there? Good question…

13. Te-Form, Too: More on te-form and the grammar bits you can stick onto it.

Season 4 is where we start getting into the fun stuff. You’re pretty much considered “intermediate” at this point!

1. Run On Sentences, Part 1: We start looking at ways to make our really small sentences into longer more talkative sentences.

2. Run On Sentences, Part 2: More of the previous chapter, just doing it in different ways.

Season 5 isn’t ready yet, and will cover higher-intermediate / advanced topics. This is where things start to get really really cool.

Season 6 is all about the advanced / upper-advanced topics. The goal will not only be to teach you advanced Japanese, but also to get your prepared for the “real world.” When you’ve finished Season 6, you should be ready to move on and start using Japanese newspapers, blogs, and other “real” content to study with (or just plain enjoy!). There comes a time when all Japanese textbooks become pretty useless, and this is that time. I want to get you to the point where you feel very comfortable reading newspapers, blogs, and the like. A bird has to leave the nest at some point!

Most resources have you learn kanji by asking you to hit your head against a curb. You probably won’t see this (way smarter) approach to kanji anywhere else. Kanji 1 is all about radicals… not the radicals that people normally learn, those are useless. I’m talking about 200ish radicals that will help turn complicated kanji into a couple of simple steps. Almost nobody learns radicals like this, and it’s no wonder why most people spend 10+ years learning all the kanji you’ll learn in six months.

1. How You Should Learn Kanji

Kanji 2 is where the real kanji begins. Using mnemonic devices, radicals (that was Kanji 1), and more, you’ll learn how to put kanji in your long term memory quickly, as well as learn lots of common vocabulary words that go with the kanji. You’re hitting two birds with one stone here. Kanji + vocabulary that uses that kanji.